In honor of New York Fashion Week 2022 officially starting today, I decided to do a special post that will help many of you. Believe it or not, the number one question I get asked when speaking to students is: “How can I work backstage at a fashion show during Fashion Week?”. To many of you, fashion week is the ultimate dream (it definitely was for me) and it may seem impossible to be part of all the behind-the-scenes excitement. 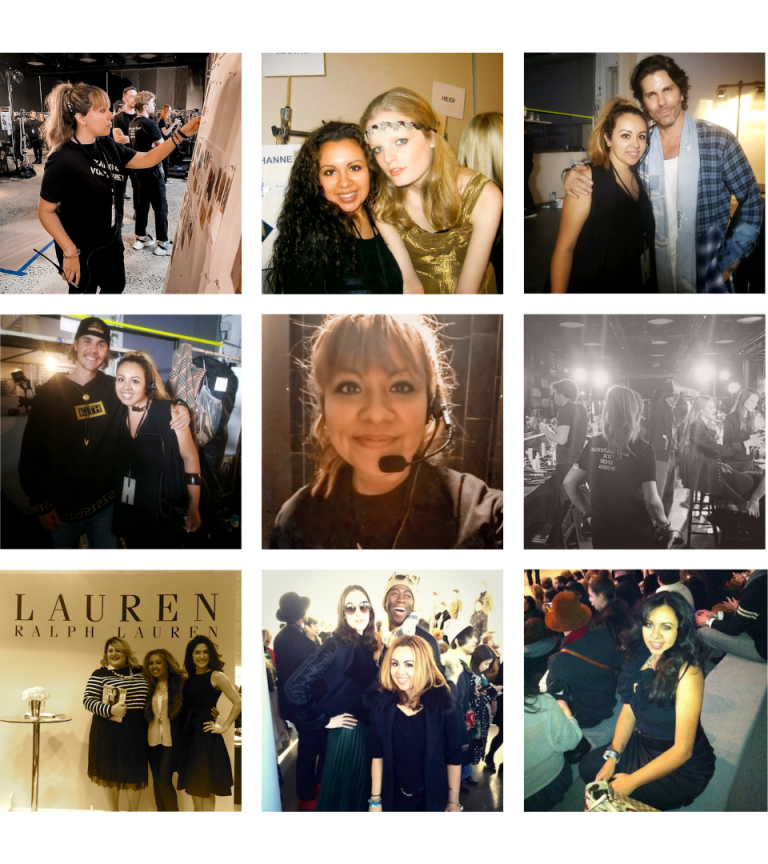 As a New York Fashion Week veteran working backstage for over 15 years, I want to tell you that there are a number of different ways you can work backstage at a show and the steps you need to take to land a gig at fashion week. Before we start on the how, it’s important to understand the types of things that go on backstage and the many different people who make it possible for it to all come together.

Many designers will hire a production company to create their vision and piece together every single aspect of the show. On the day of the show, some of the responsibilities of the producer include overseeing model timings, choreography, music and lighting. If you thought the models just walked the runway with no direction or practice, you were wrong! Depending on the level of complexity of the walk, the designer may have the production team learn it and then teach it to each individual model until they know it backwards and forwards. This walk then needs to be timed exactly to the music down to the millisecond. Keep in mind that lighting also has to be set when models are practicing their walks along with musical cues.

Many times, all of this happens on the day of the show which means the possibility of models arriving late from other shows in full hair and makeup is 100% possible and usually happens. The producer and their team has to ensure that every model knows their positions, walk, is hair and makeup ready, regardless of their arrival time and ready to walk in their first look as soon as the lights start to dim and the music starts.

It is common for stylists to be hired in-house by the brand and/or designer and will often have their own small team with one main stylist that is in charge of the rest. They work hand in hand with the designer long before Fashion Week to select the looks – from clothing down to shoes, jewelry and any additional accessories. Many images are taken and a board, known as the Run of Show, is created with each look numbered and listed in various areas backstage. This board is massive and includes every single look with the corresponding model styled exactly how they will be on the runway. This is a vital component of the backstage area at any fashion show as it serves as a point of reference for all teams, especially model dressers.

Once final looks are selected, small, individual boards with one each are created. Each of these small boards lists out every single item the model will wear for the look, specific styling instructions and any additional notes. These mini boards are placed strategically on racks with their corresponding looks backstage for dressers to reference when dressing their model.

Model dressers are oftentimes volunteers whose only responsibility is making sure the model(s) they are assigned are dressed and ready with their looks during the show. A dresser could sometimes be assigned multiple models to dress or have 1 model with multiple looks, called quick changes. Usually, these responsibilities go to seasoned dressers who can handle the speed and demands this role can have. While this role seems easy, it is anything but. Every second counts when you are backstage, especially as a dresser. Many times, a dresser will only have 30-60 seconds to get a model changed from their previous look, head to toe, into their new look and back out on the runway so as to not interrupt the flow. Remember the music and walking we talked about earlier? This is where it’s crucial for everything to be on time and flow seamlessly.

By working closely with the designer and lead stylist, hair and makeup teams are able to create the show’s overall visual aesthetic that is cohesive with the collection. Various rounds of tests are done in the days leading up to the show, sometimes even on the day of. From there, the leads create a similar board of information that breaks down all the details for the stylists that will be working on models backstage the day of the show. Right before the models arrive, the lead stylist rounds up their entire team and does a full styling of 1 model.

Hair leads will style a model’s hair exactly from start to finish, show their team the products to use and how much. Similarly, makeup leads will do a full-face breaking down the exact colors and products used. This way, the team is briefed and knows exactly what to do. The goal is to have every single model look as though the same stylist did every model’s makeup or hair.

Once models arrive onsite, it’s all hands on deck because there is usually very limited time to get everything done. Sometimes, designers will include nail styling in their show which means nail technicians will be doing this entire process with their team and sometimes, based on time, will work on models’ nails while they are getting their hair or makeup done.

The types of styles and colors used for hair and makeup can be outrageous and time consuming, making the stylists’ jobs stressful if models arrive later than scheduled due to delays from other shows they’re coming from. Designers like the late Alexander McQueen were notorious for using hair and makeup as an integral (and wild!) part of the show and an unmistakable element in the fantasy he produced season after season.

Depending on the size of the brand, the Public Relations team may have different roles before, during and after a show presented during Fashion Week. Some of the most important responsibilities a publicist has include: inviting press for show day coverage, managing editors backstage, arranging seating charts, overseeing RSVP lists and communicating needs for VIP accommodations and green room interviews. They are the keepers of “the guest list” and have the power to admit or turn away anyone at the door.

Some PR teams are known to work closer to designers on the actual layout, production and timeline of the show while others are in-house teams that know the brand aesthetic and can easily relay the narrative for the season’s collection statement to the press.

Strategies to Land a Backstage Gig at Fashion Week 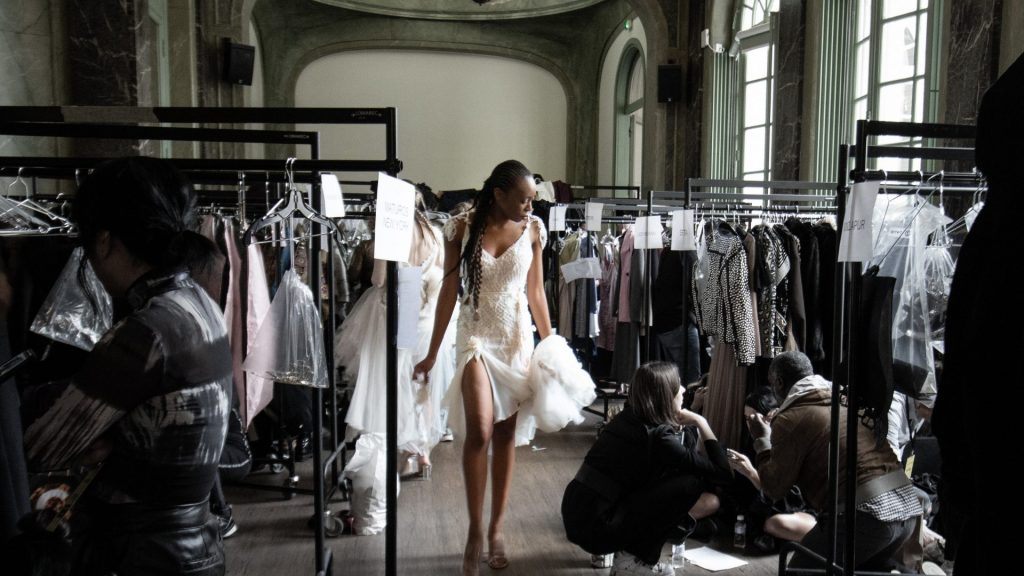 Ask them whether you can assist them in any way. This will be especially effective if you have some experience or interest in the area of work you’re inquiring within. For example, if your passion is makeup, be sure to reach out to makeup artists, agencies and companies to inquire about assisting opportunities. If it’s a good match, this could turn into a long-term opportunity.

2. Study the schedule and go after designers that don’t appear on it

Many times, off-schedule shows will be less competitive when searching for opportunities and will be much more hands-on, meaning your responsibilities may be greater. Additionally, these companies may be more willing to include someone with limited experience on their team. The secret? Your professionalism and enthusiasm.

Remember that who you know and who you’re connected to is the essence of getting your foot into any fashion door, especially during Fashion Week. Pro tip: don’t just follow them now that the season’s event has begun. Instead, build a connection by liking their content, asking thoughtful questions and providing valuable engagement. This way, when you do apply for or ask about an opening, they will know who you are.

Believe it or not, people have posted opportunities on these social platforms before and will most likely continue to do it. Do your homework to understand which searches or tags are the most effective. This may lead you to finding people to follow (strategy #3!) in which case, connect connect connect!

5. Join fashion groups that post opportunities and helpful tips all year round

Linkedin and Facebook are the top platforms to do this. There are many groups, big and small, that focus on all things fashion. The best part is that they also post about opportunities, especially for Fashion Week. Some of our favorites include WWD and BOF Careers on Linkedin and our private Facebook group, Get Into the Fashion Industry.

While this may not be the first place you think of to search, job sites are a great place to find backstage opportunities. Many times, these opportunities will be sent to fashion schools and then over to job sites such as Indeed. Be sure to check out job sites dedicated solely to fashion, such as Fashionista.com.

Now that you have a better idea of some of the backstage roles and strategies to land an opportunity during Fashion Week, what will you be trying first?

My backstage experience at Fashion Week started by overhearing a conversation at school about a professor who had a volunteer team that she allowed her students to be part of. I wasn’t part of her class, but reached out to her anyway to express my interest and portray my work ethic. She was impressed with my professionalism and a few days later I found myself at the tents in Bryant Park as a model dresser backstage at a Rodarte show. I still remember the night I read that professor’s email, welcoming me onto her team. I was jumping and screaming and crying tears of joy. It was the start of my love affair with event production, particularly fashion shows during Fashion Week.

Putting the strategies mentioned above into action is not for the faint of heart, but I believe that if you want something bad enough, you will find a way to make your dreams come true. I know I did.

It is important to note however that while Fashion Week is often portrayed as glamorous, for those of you who dream of being part of it, the level of work that is put in months before the actual show and the level of exhaustion you will feel once the entire thing is over is insane. Contrary to what you see when watching a show, working them, especially during Fashion Week, is not by any means glamorous. While there is an element of networking and possibly meeting incredible people, sometimes even celebrities, your job above all is to maintain professionalism. Whether you are a freelancer or part of a team, you must always remember that you are a representation of a company.

If you keep this in mind and follow the strategies above, I have no doubt in my mind that you will go far and make all of those Fashion Week dreams a reality. Don’t forget, I am here to help you with all of that and more. Always. 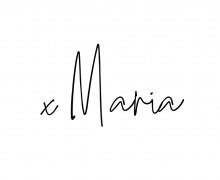 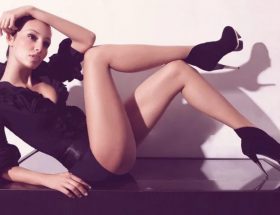 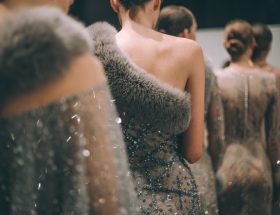 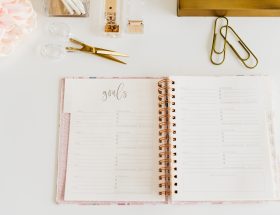 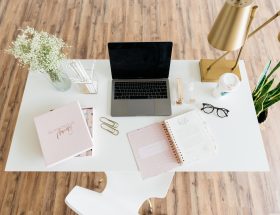 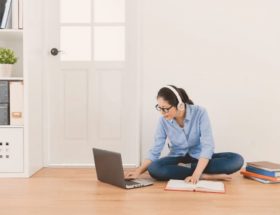 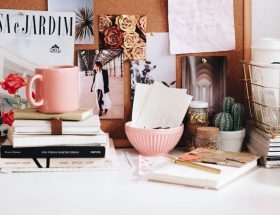 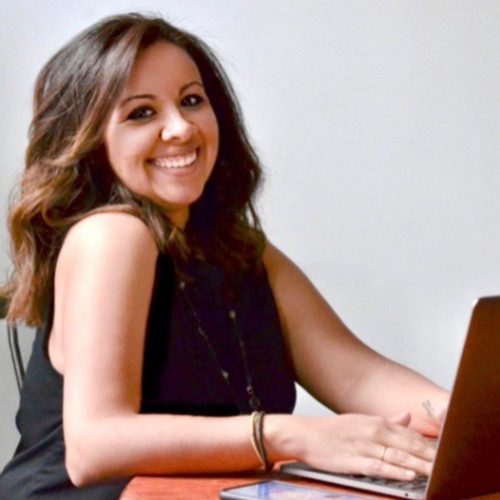 Former corporate professional turned fashion career educator and CEO with over two decades of experience within the industry.

Twenty years in this industry working with students, grads, interns and fashion enthusiasts have given me the tools needed to help you on your career path. Stick with me and I'll show you the fundamentals you need in order to start or further your career in the fashion industry successfully and with confidence. 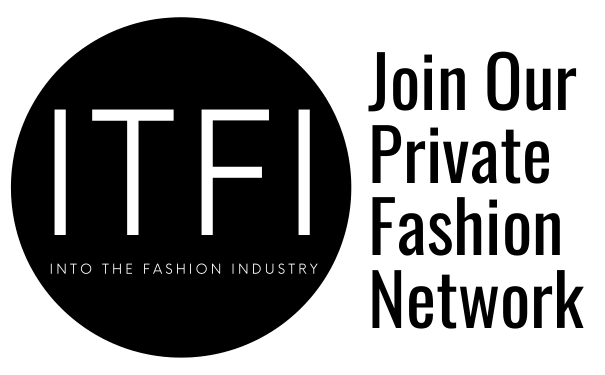 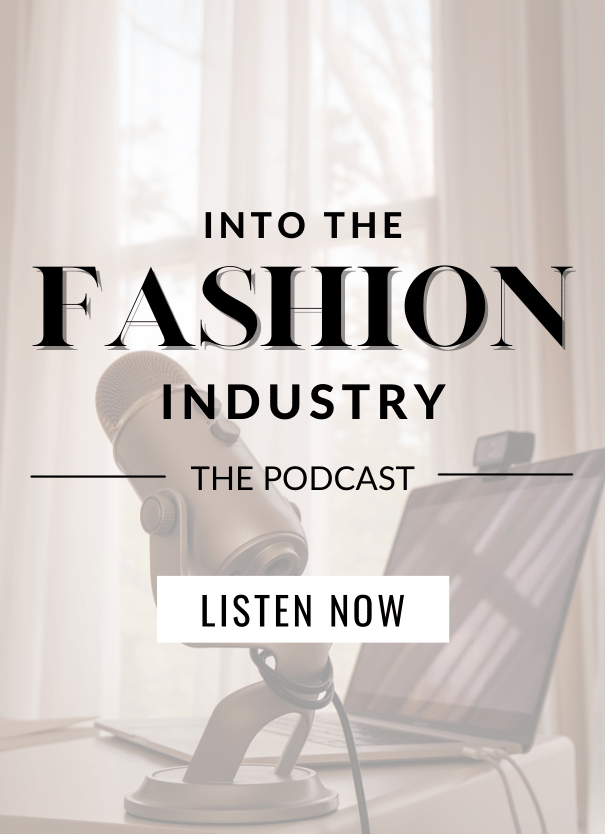 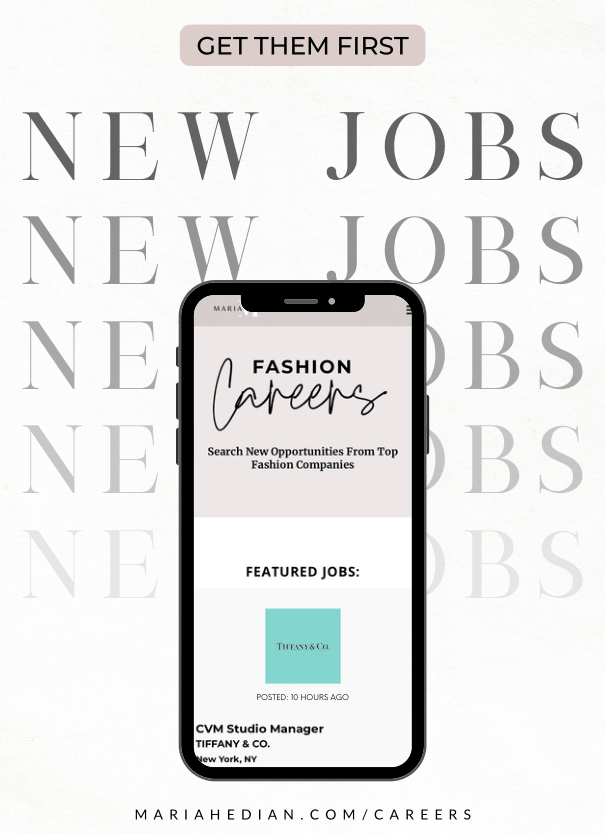